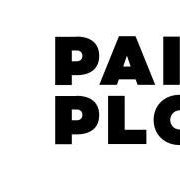 Interview: Broken Biscuits Tom Wells: "The other day I was trying to explain something a bit awkward and eat a Tunnock's Caramel Wafer at the same time and it went a bit wrong"