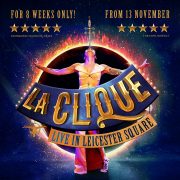 CONTACT’s new boss Keisha Thompson: “The doors will be open, and everyone...