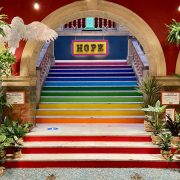 Improbable announces Devoted & Disgruntled: What are we going to do about theatre and the performing arts?

Interview with Amit Lahav, Artistic Director of Gecko: "The role of an artist is to challenge the status quo."