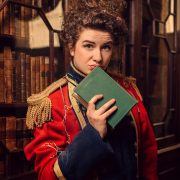 Pride & Prejudice* (*sort of) to open in London's West End