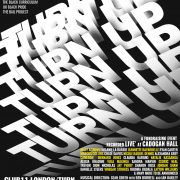 Performers and community leaders will TURN UP! for an online charity event raising awareness for the Black Lives Matter movement

Around the World in 80 Days, Matthew Ganley Interview: "Dolphins are incredible creatures."