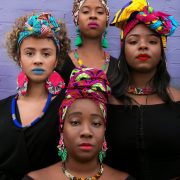 Subscribe
The Lion, the Witch & The Wardrobe Tour Extended