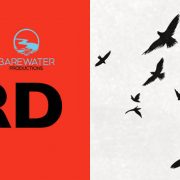 Liverpool Everyman, Director Nick Bagnall: “I had a woman sharply point at me and decry: ‘There’s no room for rock and roll in Shakespeare’"