Joe McFadden to star in Mark Goucher and Jason Donovan's UK tour of Priscilla, Queen of the Desert

Alastair Knights talks about My Fair Lady 60th Anniversary concert, his next directorial venture and more 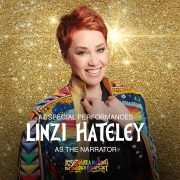 Linzi Hateley will make a sensational return as the Narrator at special performances, in Joseph and the Amazing Technicolor Dreamcoat

Subscribe
Cast Announced for Adrian Mole in the West End