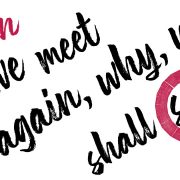 Subscribe
Sheila Atim interview: ‘The government could do with empowering people...