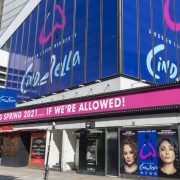 Barbican announces plans to livestream concerts from the Barbican Hall