Interview with Playwright Phil Porter: "I often think about the song ‘A Woman’s Touch’ from ‘Calamity Jane'." 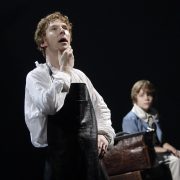 Subscribe
New dates announced for the West End transfer of The Ocean At The End Of The...