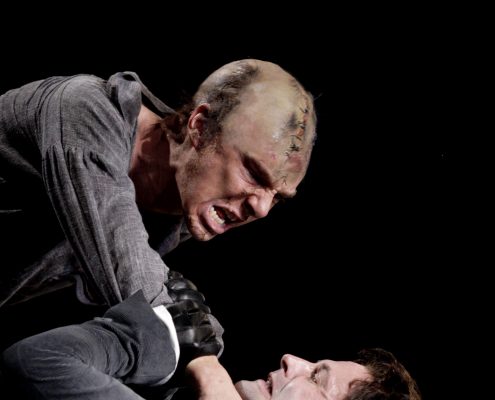 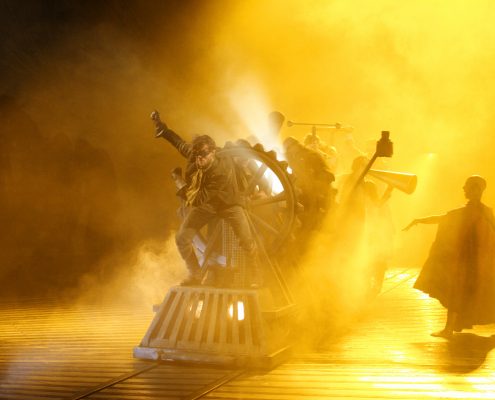 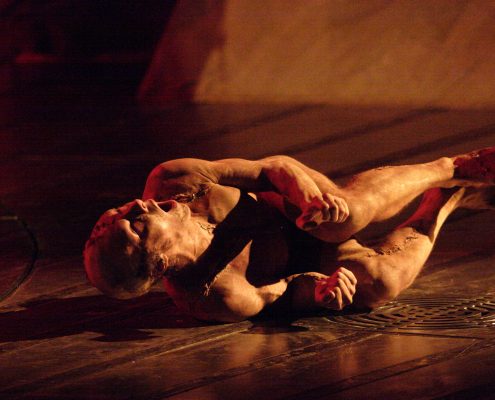 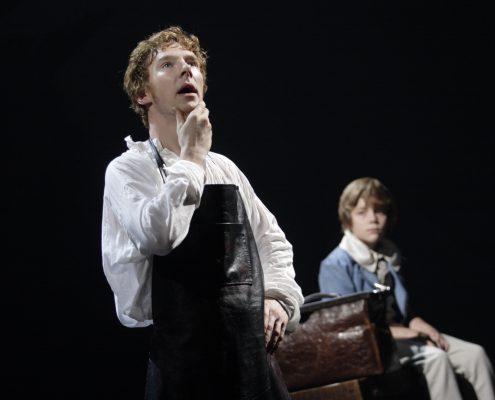 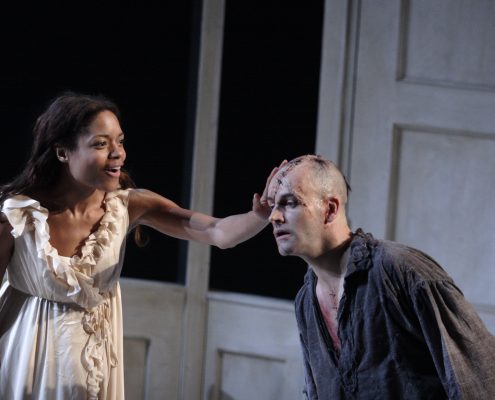 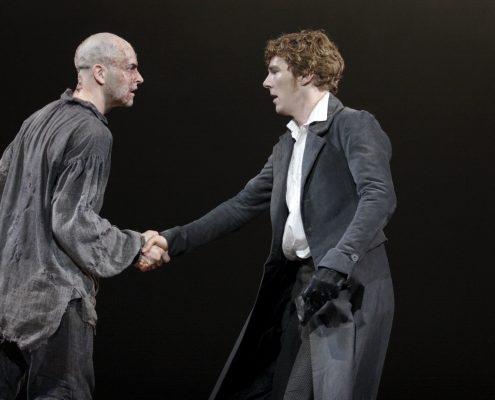 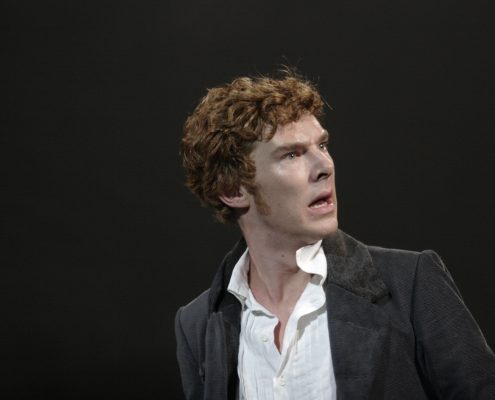 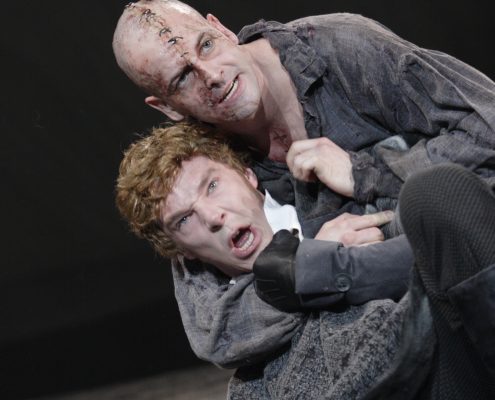 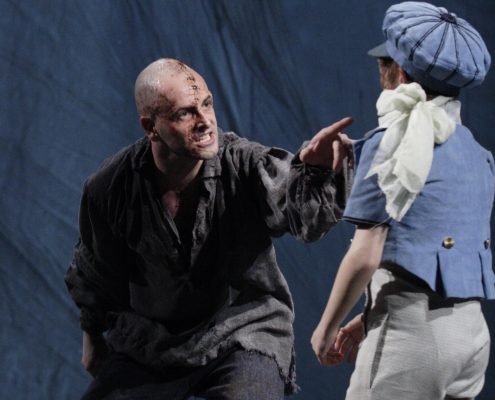 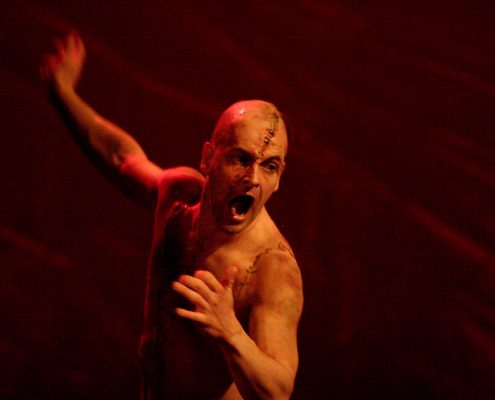 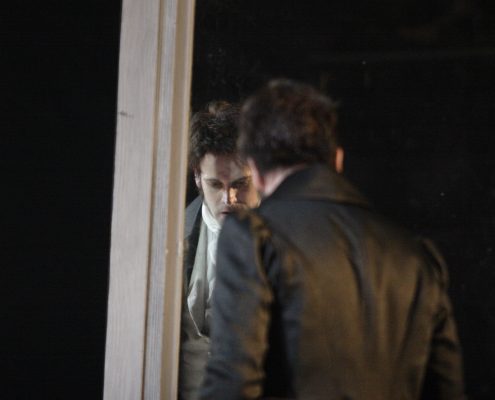 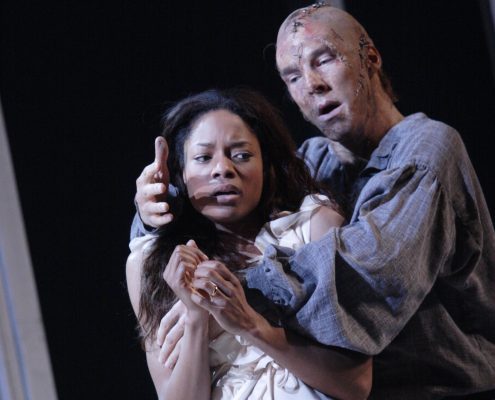 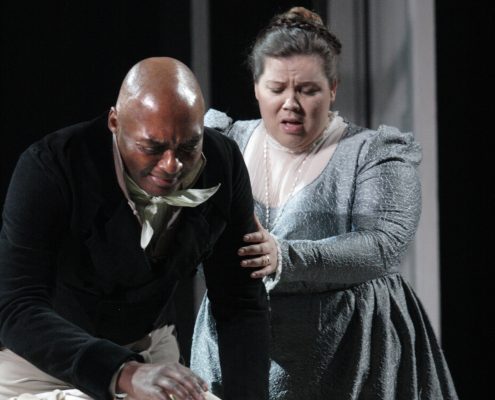 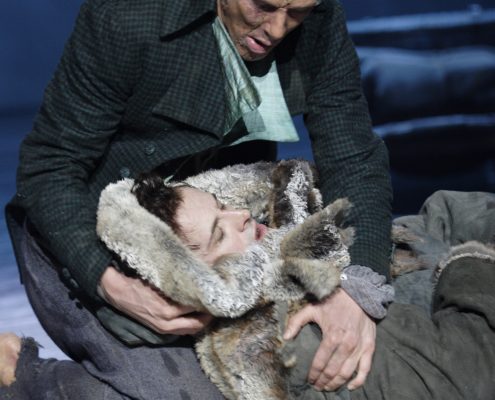 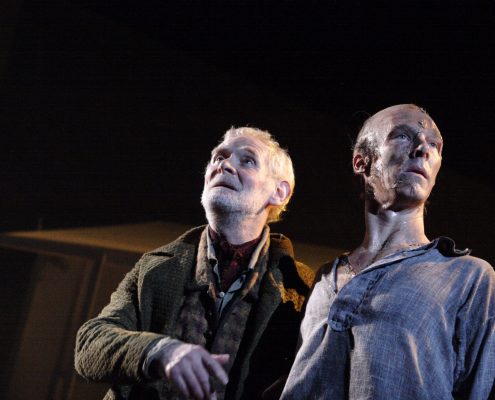 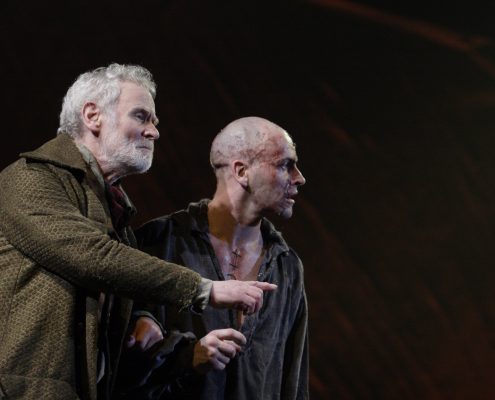 Productions announced today include the NT Live broadcast of Danny Boyle’s production of Frankenstein filmed at the National Theatre in 2011. The production sees Benedict Cumberbatch and Jonny Lee Miller alternating the roles of Victor Frankenstein and his creation. The two versions will be shown across two nights: 30 April and 1 May.

Simon Godwin’s sell-out production of Shakespeare’s Antony & Cleopatra featuring the Evening Standard Theatre Award-winning performances by Ralph Fiennes and Sophie Okonedo as the famous lovers will be streamed on 7 May.

Both productions will be free to stream, premiering at 7.00PM BST and then available on demand for seven days. Further productions to be streamed as part of National Theatre at Home will be announced soon.

Today also sees the launch of the National Theatre at Home Quiz, to be played from home featuring familiar faces from the world of stage and screen as the quizmasters. Each quiz will include rounds of five questions on a wide variety of topics.

On the final Monday of each month people will be able join the virtual quiz directly from their homes via the NT’s YouTube channel and Facebook page live at 7pm. The first quiz will be on Monday 27 April with quizmasters Dame Helen Mirren, Sir Lenny Henry, Lesley Manville, and Sir Ian McKellen asking questions on topics including history, sport, nature, and of course, the National Theatre.

National Theatre at Home launched in April in response to theatre and cinema closures due to the coronavirus pandemic. The first stream was the award-winning production of One Man Two Guvnors which received over 2.5 million views across the seven days it was available online.

Speaking about National Theatre at Home Rufus Norris Director and Joint Chief Executive of the National Theatre said “We’ve been completely overwhelmed by the response to National Theatre at Home since we launched at the start of April. We know that these are difficult and challenging times for many, and we hope that through this initiative we’re able to supply a weekly slice of entertainment for people to enjoy together, albeit digitally, when each production goes out at 7pm on Thursdays. We’re thrilled to be announcing the next two titles today, Frankenstein and Antony & Cleopatra which both feature award-winning performances and I’m sure will be enjoyed by all. We’re also pleased today to be launching the National Theatre at Home Quiz featuring some familiar faces posing the tricky questions. I’d like to thank all the artists and creatives who have continued to support us in being able to deliver this programme for free and also the public for tuning in every week and sharing their experiences of National Theatre at Home from right across the world.”

The NT also confirmed a further six new productions will now be available for teachers and pupils to access at home via the National Theatre Collection in partnership with Bloomsbury Publishing and ProQuest.

Students and teachers are now able to access the National Theatre Collection from home while schools and theatres are closed due to coronavirus. The Collection consists of high-quality recordings of 30 world-class productions drawing from 10 years of NT Live broadcasts, including productions from a range of renowned British theatres, and never before released recordings from the National Theatre’s Archive now available to students and teachers to access at home. The six new productions are:

Teachers can sign up now to National Theatre Collection via

The National Theatre is currently closed to audiences and performances won’t resume before July. In coming weeks, there will be more opportunities for audiences to engage with the NT through its National Theatre at Home programme – further details to be announced.

The National Theatre – like theatres around the world – is facing a devastating impact from Coronavirus.  We are delivering NATIONAL THEATRE AT HOME free of charge. Should viewers wish to make a donation to support the National Theatre, we have launched a public appeal on our home page, nationaltheatre.org.uk, where visitors can find full details as to how to donate.

For more information on NATIONAL THEATRE AT HOME go to https://www.nationaltheatre.org.uk/at-home