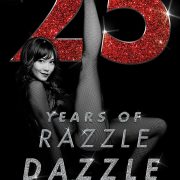 Subscribe
Rarely seen Stars and Grammy Award Winners to take to The Pheasantry Stage this...