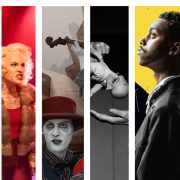 An incomplete guide to mainstream

Who Cares Campaign launches Digi Fund to tackle digital poverty among some of...