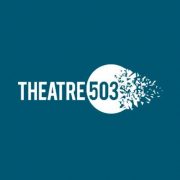 Interview with producer of This Place We Know, Sophie Watson: "I'd just like to put on record that I'm not advocating putting Billie Piper in a time capsule."