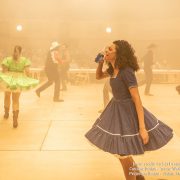 Booking open for TheatreCraft 2019 at the Royal Opera House