Mark Wheeller Interview: “The arts have a general thing of surviving no matter what… as well as a good thing that can be a bad thing… as with or without funding arts will thrive… because people enjoy participation.”

Park Theatre's Jez Bond: "Many freelancers have tragically left our industry and there is a lot of hard work ahead." 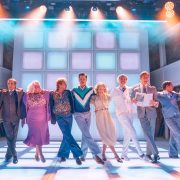